Ingic was founded as a result of a simple observation:
"People have transformed how they live, work, shop and buy, but businesses have not adapted".

This mismatch led us to create the vision of changing the way of businesses in today's world. With our powerful, easy to use and integrated set of solutions, we enable businesses to attract, engage, and delight customers by delivering experiences that are relevant, helpful and personalized. Ingic is, after all, on a mission to make the world more mobile - one business transformation after another.
Address
4241 Jutland Drive, Suite 200 San Diego CA
San Diego, ca 92117
Phone
+ -6199969690
Website
https://www.ingic.com 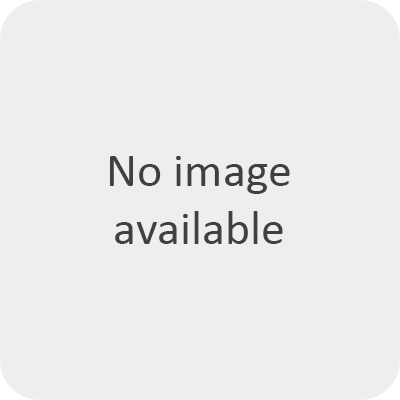 This company is the worst applications developer we have dealt with, we singed a contract with INGIC in Dubai Office on 20th of June 2018 to develop application for our market, we contacted Dubai Office and someone named Adam replied to us and said that we will be contacted by the sales from Dubai Office, a while after that the salesman contacted us and one of our team met with him, the sales man promised the his company will deliver the project with highest quality on time (110 business day from 20th of June) and made the promise that our application will be developed by US based team that’s why they are charging us extra (more than 40% more than the other companies) , however once he collected the first payment everything changed, they assign a project manager “Eric” who was very unprofessional and has very little knowledge about smart phone applications development, he replies to our emails after 20 days and he replies only when we complaint to Dubai office, after 2 months of delay they changed the project manager “Ronald” he wasn’t different than ”Eric”, after continues delay and resharing the same faulty work we decided to stop working with INGIC, then we were contacted by someone who introduce himself as the senior projects manager in Dubai Office, he invited on of our team to Dubai office and kept giving promises that the project will be handled in a better professional manner and will assign a project manager in Dubai office for better communications, based on that we decided to resume the project and made the second & Third payment, however the delays and failures continued which made it clear that this company lacks resources, knowledge & experience, we also found out that the development team is not based in the US, they are using American names “Eric, Ronald, Mike, Adam, Keith, Jordan” and when our team speak with they speak with Asian Accents and when I called US office asking for Keith they said he left the company and later someone called and said his name is Keith and he is calling from INGIC?? They can’t give work timeline and when we ask them repeatedly they send time line they never commit to it, after long time waiting they share the application ignoring many of our comments and feedback, they do 30% of the requested updates which is frustrating.

Finally we heard that they are developing a similar application for our market and when our team asked them they denied it for one month and when we found the company they admit it and said our contract with you doesn’t state that we can’t develop a similar application for your market, we never asked for such a clause in the contract because we never expected a company to do so as it is unethical by industry standard, so INGIC will develop application for your direct competition in your market while delaying you project.

Last week we sent them an email informing them that we decided to stop working with them and take the matter to Dubai courts they started to send updated versions of the project so they can claim that they delivered the project.

Please avoid this company and be safe, this a company where Business comes to die.

Each review has a personal story! Write Your Review

To write a review, you must login first.

Own This Business? Get Verified & Gain More Trust From Customers
×

What does claimed and Verified mean?

We want to be transparent, which is why we display information about companies on WOWPilot that we feel is relevant for people reading reviews. This includes how each company is using our platform.
On each company profile, we show how the company is using WOWPilot.
This is indicated by one of three different labels:

Claimed: The company has claimed their profile on WOWPilot but has not verified.

Verified: The company has verified their Business Page .

How To Get The Business Verified?
Send us an Email From the Business Email(For eg. [email protected]) with the Account With Us so that we can verify the Business and The users gets to submi the valuabe feedback which will also increase the authenticity of your business online. Send The Email to [email protected]
Once approved,We will upgrade the page to Verified and this will also unlock the option to collect reviews via email and other platforms(See Plans to Know more)